STAG presents “Children of the Wolf” 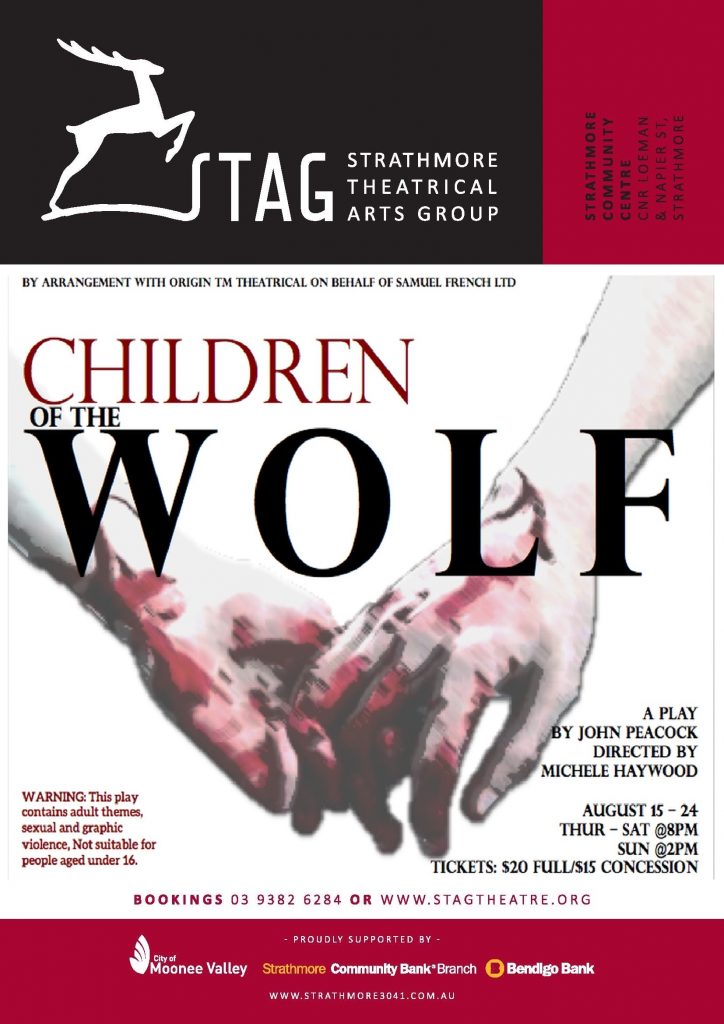 STAG is pleased to continue our 65th season with this production of John Peacock’s play
and welcome director Michele Haywood, who is making her STAG directing debut after appearing on stage in previous productions.

This chilling, unusual play takes as its influence from the myth of Romulus and Remus. Twins Robin and Linda were given up for adoption shortly after birth by their mother Helena.

Years later, on their 21st birthday, they lure Helena to a derelict building on the pretext that she will be meeting her lover, Michael. The reality is rather different.

Please be advised that this play contains adult themes as well as sexual and graphic violence. STAG advises that this production is not suitable for children under 16.

Follow
This entry was posted in Events, Local News, Uncategorized. Bookmark the permalink.