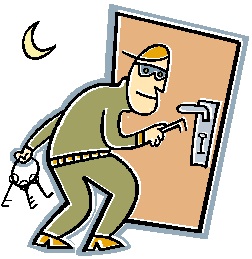 In the event of a burglary, report any suspicious activity in your neighbourhood to the police on Triple Zero (000) when it is safe to do so. If you have been burgled, do not touch anything or try to clean up the scene until the police have collected the evidence they need.