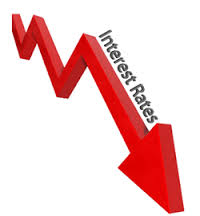 The Reserve Bank has cut rates to a record low, ending 33 consecutive months on hold.

At its board meeting on Tuesday, the RBA cut the official cash rate to 1.25 per cent – a troubling sign for the economy but potentially good news for mortgage holders.

If banks pass on the full 25-basis-points cut to customers, home loan holders with a mortgage of $500,000 could expect to see about $73 shaved off their monthly repayments.

However, the ANZ reacted within 10 minutes of the announcement, cutting its standard variable rate by just 0.18 percentage points, 0.07 points shy of the full 0.25 points cut. Three smaller lenders – RACQ, Athena and Reduce Home Loans cut by the full 0.25.

RBA governor Philip Lowe said while the outlook for the global economy was “reasonable”, the risks stemming from the trade war between China and the US and weak international trade growth prompted the bank to cut.

Governor Lowe said the Australian economy was still expected to grow by about 2.75 per cent in 2019 and 2020, but there was still uncertainty about the prospects for household consumption, “affected by a protracted period of low income growth and declining housing prices”.

“Some pick-up in growth in household disposable income is expected and this should support consumption,” he said.

When the RBA last cut the cash rate in August 2016, the big four banks all passed on smaller mortgage rate cuts of between 0.10 and 0.14 percentage points.

Research director at Ratecity.com.au Sally Tindall said banks that choose not to pass on the cuts will need to justify their decision to consumers, “otherwise they risk annoying their customers to the point that they get itchy feet.”