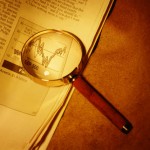 Ahh, that old chestnut… It’s a question that is often asked. What performs better? Shares or property?

On a capital appreciation measure over the past decade, the past half-decade, and over the past three years, residential property has well and truly outperformed shares. Over the most recent twelve month period shares have outperformed the housing market.

It’s important to note that the share market has shown periods where capital gains have been substantially higher than what has been achieved in the housing market. As can be seen in the ‘rolling annual change’ graph below, the annual growth rate in the ASX 200 has been has high as 39% over a twelve month period (the year ending February 2010); share prices have also fallen by more than 40% in the space of a year, which is what happened during the GFC (the ASX 200 fell by 42.7% over the year ending November 2008).

While the volatility of the share markets may appeal to some, it is the stability and resilience of residential housing that is likely to be one of the key reasons why investing in the housing market is a popular choice for mum & dad investors.