No property price bubble for Australia 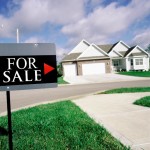 The notion that Australian housing is in a price bubble is misguided, BT’s chief economist Dr Chris Caton has claimed.

Speaking at the Vow conference in Phuket, Thailand, Dr Caton said based on a simplistic comparison with the US housing market, an argument can be mounted that Australian housing prices are overpriced when measured in terms of disposable income.

“But when other countries are thrown into the mix, the argument that we have a housing price bubble in Australia is much harder to sustain,” he said.

“The fact is our housing prices are in broad alignment with many similar economies, so it’s my belief talk of a housing bubble is misplaced.”

Dr Caton also had other good news for the audience of mortgage brokers when he predicted lower rates and higher housing prices over the next 12 months.

“Although I’m not as bullish as some other economists on lower interest rates, I still expect at least one cut in the cash rate and possibly two as the Reserve Bank prepares for a downturn in mining.”

On housing credit and house prices, he said expects a pick-up over the next year, with Western Australian – “not unsurprisingly” – to lead the pack.

“I suspect we will be back at next year’s conference and housing prices will have risen over the past 12 months,” he said.