How Australian households spend over $100K a year 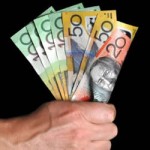 SPENDING for the average Australian household has burst through the $100,000 a year mark.

Homes commonly containing multiple breadwinners are now forking out almost $2000 a week on expenses, according to CommSec analysis.

Mortgages, rent, family meals and dining out take the biggest bite from budgets.

Figures based on Australian Bureau of Statistics data show expenditure on essentials such as water, electricity and gas has rocketed about 60 per cent since 2006/07 – more than three times CPI – hitting battlers hardest.

But the strong Aussie dollar has made imported household appliances more affordable, with spending barely budging.Chief economist Craig James said spending was influenced by price changes, buying more or less of certain items, and population growth.”We are speaking of an average, so some households will spend more and others less depending on earnings,” Mr James said.

While the $100,000 figure may appear high to some, Mr James explained that it was an

average calculated for spending divided by number of households across Australia, many of which now had multiple wage earners.

Higher spending on utilities, now averaging $72.55 a week, was mainly due to soaring tariffs.

This had forced some consumers to be selective about other types of purchases, such as clothes, and to cash in on bargains.

“Expenditure on essentials is not fun and if you had a choice you would try to get out of it, so then people look at what’s left.

“Aussies are checking prices more often and buying goods when they are on sale.”

Tumbling costs for recreational products such as computers and cameras boosted demand by almost 9 per in the past year.

The most affordable car costs since the 1970s accelerated sales by almost 8 per cent.

But the figures confirm the global financial crisis had left many jittery consumers keen to save and reduce debt.

Households are now burning through 83 per cent of disposable income, down from 88 per cent in 2006/07.