Aussies using more power than ever

It seems that despite increased awareness and higher prices, we have not actually reduced our household energy consumption over the past decade, but have instead increased it. 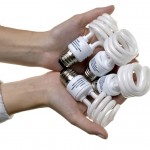 A report released recently by the Australian Bureau of Statistics (ABS) shows that Australian households are using 25 per cent more electricity and 22 per cent more gas than they were ten years ago.

So it’s probably a good thing that cost price and energy star rating were found to be almost equally important to householders when they were purchasing new appliances.

The September Australian Social Trends report revealed that the types of energy most commonly used by households were petrol and electricity, followed by natural gas.

Households generally account for a quarter of Australia’s overall energy consumption, with industry responsible for the remainder.

The Australian Social Trends is released quarterly and draws on a range of data to present a picture of Australian society. It covers social issues of current and ongoing concern, population groups of interest, and changes over time. The full publication is available free at abs.gov.au