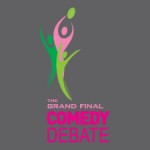 The event boasts a large silent and main auction segment which raises funds, towards a leading charity. A highlight of the lunch is the announcement and presentation of the coveted annual AFL Football Woman of the Year Award. Special performance from the cast from the Tony Award winning musical ‘South Pacific’.

The Grand Final Cokmedy Debate will be held at Crown Palladium on Thursday 27th September from 11.30am – 3.00pm.

Tickets are on sale now. Click here to buy NOW!

Follow
This entry was posted in Bombers News, Events, Uncategorized. Bookmark the permalink.