Sink or Swim? Investing in the Current Property Market 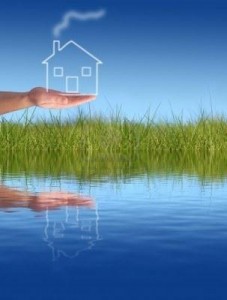 Surprisingly, investors are not alone in their conclusions that leaping into property investment is less than ideal in the current market with close to 300 Real Estate Professionals expressing similar dim expectations.

When surveyed by the National Australia Bank; respondents painted a discouraging picture tipping a further decrease in property prices of 1.5 per cent from June 30 to the end of 2012.

The National Australia Bank’s June quarter ‘Residential Property Survey’ published an equally discouraging two per cent decrease in Australian house prices and little or no increase in property growth foreseen for the remainder of 2012, but what’s around the corner for 2013?

A new report proposes 2013 will turn a new leaf, forecasting a modest turnaround in property prices

When questioned about the months to follow, the outcome was somewhat brighter with agents predicting prices to edge 1 per cent higher in the year to June 2014.

These estimates are not equally shared across the board with WA and Queensland fairing much better than NSW and Victoria following the mining boom that continues to drive demand in these regions.

The report illustrates Victoria in an increasingly darker shade of grey with further decreases of 2.9 per cent projected over the coming six months and a full-year loss of 2.1 per cent by June next year. NSW too can expect property prices fall by 1.9 per cent by the end of the year before an increase in the first half of 2013.

Follow
This entry was posted in Local Real Estate News. Bookmark the permalink.