ANZAC Day is probably Australia’s most important national occasion. It marks the anniversary of the first major military action fought by Australian and New Zealand forces during World War I and exemplifies a national pride that endures to this day.

On April 25, 1915 our soldiers landed at Gallipoli, although the Gallipoli campaign failed in its military objectives, the ANZAC’s bequeathed an intangible but powerful legacy. The sacrifice of those soldiers made a profound impact on Australians at home then, and still today. In later years the meaning of the day has been broadened to include all Australians killed in all military operations.

Take a moment tomorrow to be particularly thankful for the sacrifices our parents, grandparents and great grandparents have made for us and how lucky we are to live in this magnificent free country. Take another moment to think about our current troops in Iraq, Afghanistan and the Asia Pacific still making sacrifices to protect our way of life. 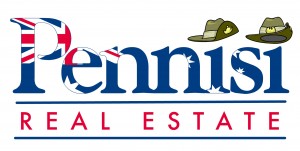